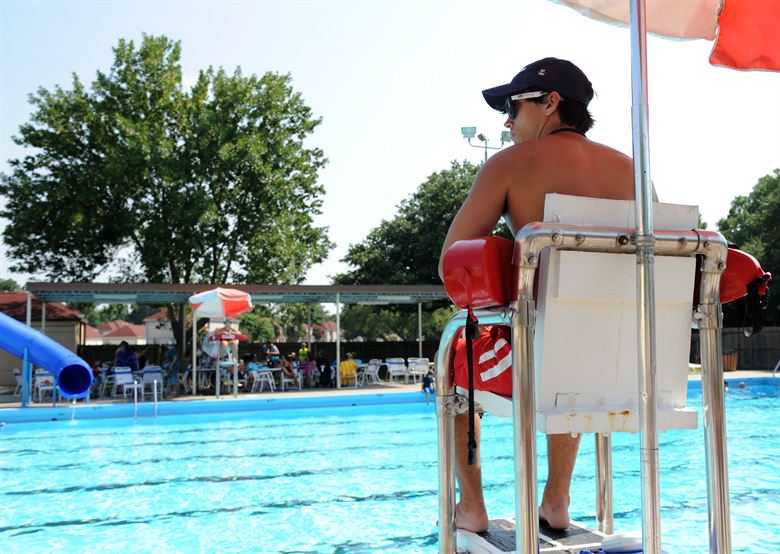 Warm summer days typically mean there are plenty of opportunities for adults and children to swim and splash in community pools. However, a shortage of lifeguards nationwide is limiting the hours, or even days, that pools are open.

Reston Association in Reston, Va., for example, has had several weekend closures at its 15 swimming pools since Memorial Day due to the inability to fill lifeguard positions. Laura Kowalski, the association’s director of recreation and environmental education, says that as of June 7, fewer than 160 applications for lifeguard positions had been received, compared to 180 applicants in 2018.

Kowalski has been working on a recruitment strategy since November that includes approaching sports leagues, schools, and universities in Fairfax County and neighboring Loudoun County to reach the target demographic of 15- to 20-year-old high school and college students. She also organized two job fairs in late May and mid-June. Reston’s goal is to obtain at least 200 applications. Starting pay is $10.50 per hour; those who serve as a pool manager earn a bit more.

Despite the trouble with hiring lifeguards, Reston Association has not considered implementing a ‘swim-at-your-own-risk’ policy at its pools. “That gets into safety and supervision issues. We have a lot of kids who come to the pool without any supervision,” Kowalski stresses.

Lifeguard shortages around the country are being attributed to several factors, including students taking on summer internships related to their academic programs. “For decades, we have been relying on the youth to fill these positions, and we just don’t have the numbers seeking employment as we have in the past,” says BJ Fisher, director of health and safety at the American Lifeguard Association.

Kowalski believes the lifeguard shortage in the Northern Virginia region is related to Fairfax County Public Schools’ schedule, which shortens the amount of time students can work in the summer, as well as teens having other jobs or competing activities.

“They go back to school earlier now than they have in the past, and so we’re looking at a shortened season for them to do all of the things they need to do: family vacations, internships, and just having some down time over the summer,” she adds.

Fisher suggests reaching out to older adults and retirees to address the lifeguard shortage. Some communities have looked into hiring foreign lifeguards, but there could be visa issues with that approach.

For Reston Association, recruitment efforts to fill the lifeguard positions will continue. Kowalski says the association is refining its onboarding process to get lifeguards started faster, including covering the fees to get them certified. She notes, however, that covering certification fees would have a financial impact on the association. “Our members would have to absorb it, or we would have to find some other non-assessment revenue for about $20,000.”