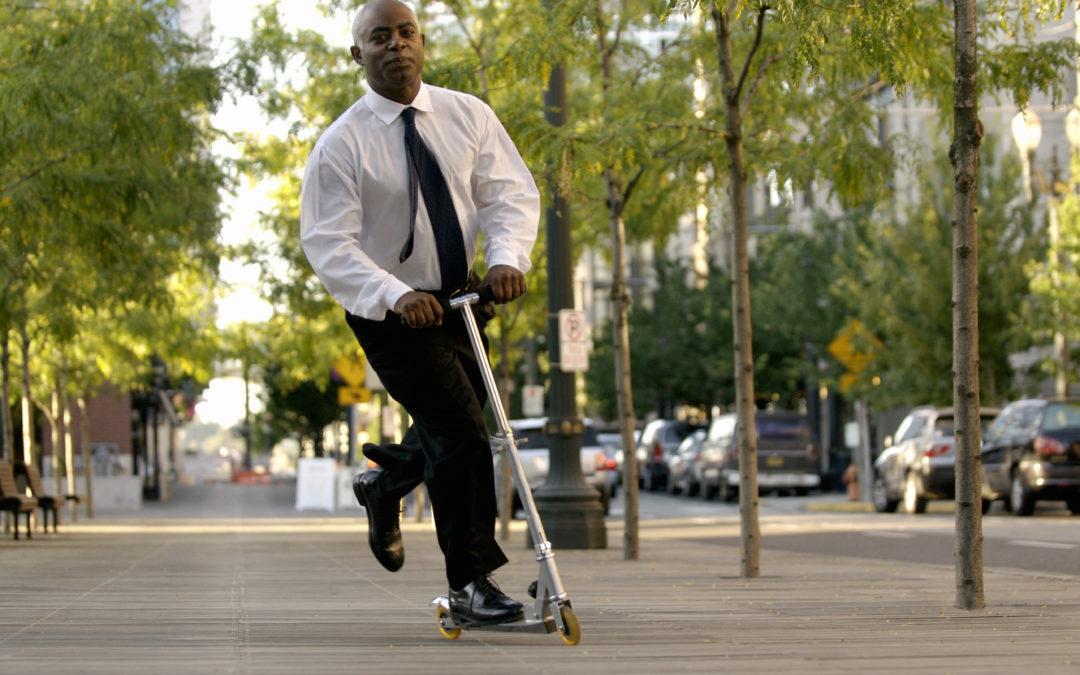 Move over Uber, Lyft, and bike shares, dockless, electric scooters are the newest mode of transportation taking over cities, and controversy has already come to some community associations.

The scooters, which can go a maximum of 15 mph, provide a relatively cheap and convenient commuting solution for riders, according to the Los Angeles Times. Riders download an app, provide payment, and then use the app’s GPS to find an available scooter, which they unlock with their phone. Once riders reach their destination, they re-lock the scooter with the app. Riders are supposed to park the scooters on the side of the road or sidewalk so they don’t block vehicle or pedestrian traffic, but that’s not always the case.

In Los Angeles, where the scooters have gained a lot of traction, community associations are finding abandoned scooters within their gates, including in their driveways, on sidewalks, and near entrances, which presents a safety hazard. Some residents even describe the scooters as “sidewalk litter.”

Cities across the country have started to regulate where the scooters can be ridden (ideally, in bike lanes) and where they can be left. A Los Angeles proposal would require that the scooters and dockless bicycles be parked in the outer edge of the sidewalk and locked to something, such as a bike rack or a parking meter, according to reports.

The scooters have become such a nuisance in San Francisco and Santa Monica, Calif., that officials have been sending cease-and-desist notices and holding emergency meetings, The New York Times reports. Some cities have filed charges against the scooter companies, while others are instituting strict regulations for how dockless scooter and bike companies can operate.

Regulations in Washington, D.C., are partly to blame for the recent departures of two dockless bike companies. According to The Washington Post, the city’s permit allows each participating company to operate a maximum of 400 bikes or scooters, or a combination of both. Both companies blame the District’s bike cap as the reason for their exits.

Have you noticed dockless, electric scooters on your condominium or community association property? Will you consider developing rules on this new mode of transportation? Tell us in the comments below.