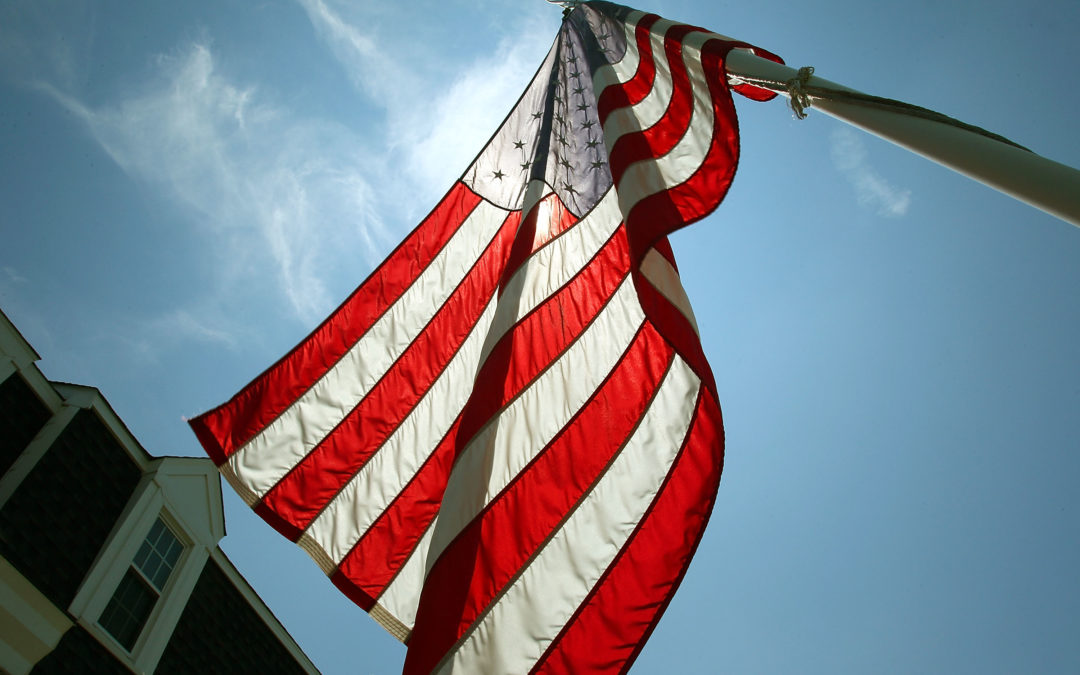 On June 14, 1777, the Marine Committee of the Second Continental Congress at Philadelphia adopted a resolution that “the flag of the United States be thirteen stripes, alternate red and white; that the union be thirteen stars, white in a blue field representing a new constellation.” Though the American flag has changed a few times over the years, we’ve stuck to the Stars and Stripes format since. It’s why we celebrate Flag Day today.

The U.S. flag has profound meaning for many Americans, which is why CAI applauded the 2006 enactment of the Freedom to Display the American Flag Act, giving residents the right to fly an American flag despite any community association rules or restrictions that prevent doing such. CAI believes, however, that associations should be able to determine the appropriate size, placement, and installation of flags. A few tips for flying Old Glory, based on the U.S. Flag Code, are included in the graphic at left. 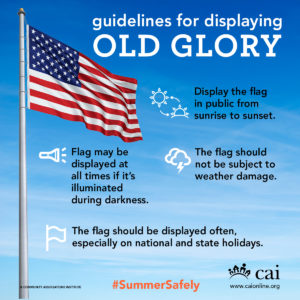 Every community association has different rules for displaying flags, whether they be the American flag, a garden flag, or a flag with a resident’s favorite football team. These rules are conceived and enforced to promote uniformity within community associations and avoid the potential proliferation of all flags, banners, and emblems.

For more information about rules and regulations regarding flags, read Everyday Governance: The Community Association’s Guide to Flags, Rentals, Holiday Decorations, Hoops, and Other Headaches, available from CAI Press. 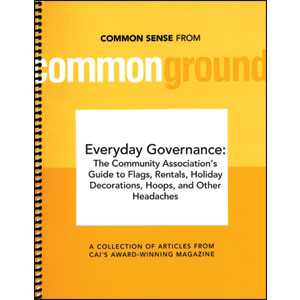