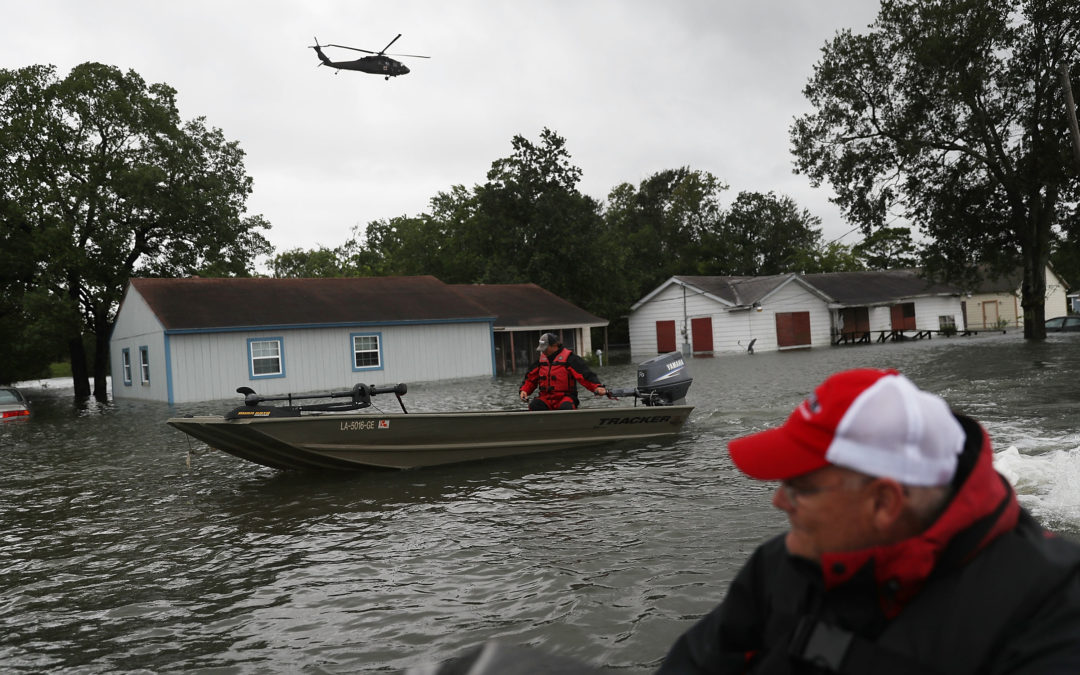 One year ago today, Hurricane Harvey made landfall as a Category 4 storm in Texas, dumping as much as 51 inches of rain in some parts of the state—a U.S. record for rainfall from a single storm. Harvey caused an estimated $125 billion in damage and at least 68 deaths in Texas, according to the National Hurricane Center.

The Houston-based Episcopal Health Foundation, in partnership with the Kaiser Family Foundation, recently released a survey that found that many Texans’ lives are still far from normal despite the long-term recovery across the region moving forward.

Nearly a quarter of those surveyed said their financial situation is worse, and one in six reported that their overall quality of life has declined, according to the survey. Even more alarming, four in 10 also said they aren’t getting the help they need to recover and rebuild their lives.

In Harris County, 154,000 homes flooded, and only 36 percent had flood insurance, says Jeff Lindner, director of the hydrological operations division and a meteorologist with Harris County Flood Control District. “A year later, there are nearly 20,000 residences still recovering in different stages of the process because of contactor labor challenges and flood insurance issues.”

If there’s a silver lining from the storm, Harris County residents have become well-versed in flood measures to protect their homes when the next natural disaster strikes, explains Lindner.

“Residents now know what bayou or water shed they live next to and that water tends to run from West to East,” he says.

They also know what happens if flood gates reach critical levels. “In some cases, they know they don’t have to worry until it reaches 58 feet,” says Lindner.