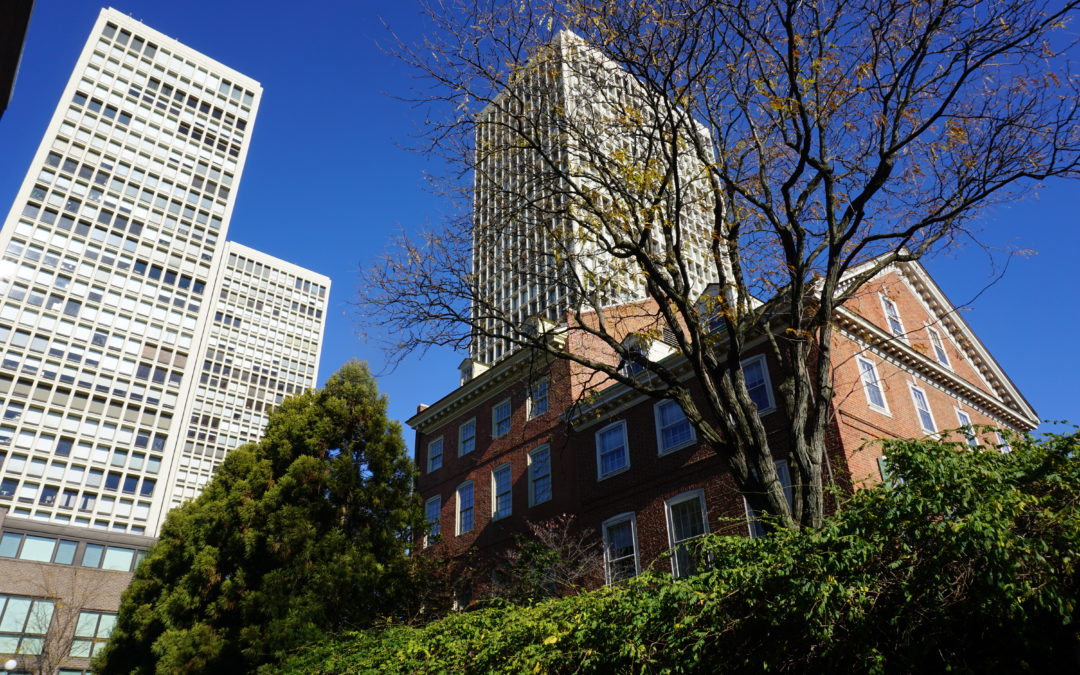 Jerrold “Jim” Morris, a Philadelphia attorney who is vice president of the board, has lived in the community since the 1980s. He talks about the uniqueness of Society Hill Towers and its sense of history.

Morris recalls a celebration marking the towers’ 45th anniversary. “I.M. Pei told the assembled crowd it was probably the best maintained residential property he had ever designed,” he says. “The towers also are significant because it’s probably the best condominium campus in the city. It has gotten rave reviews; it has beautiful landscaping and picnic areas.”

The community includes a broad demographic of people in their 20s to 40s, baby boomers, and a few people in their 90s and even 100s. For many, Society Hill Towers was a draw when they were younger, then they moved away, and returned years later, says Brett Scioli, the general manager.

Society Hill Towers takes full measure of its long history, but it also has a sense of continuing needs for improvement. In recent months, it underwent a costly upgrade of its heating and air conditioning system, which was desperately needed as heating and cooling riser pipes were leaking, Scioli says.

“It was painful for people who lived here for a period of time, but when you have an older building like this, the aim is to keep moving forward to the future,” he adds.

Workers also are conducting façade repairs and replacing ceilings under the porticos on each building. Soon, the community will be paving, painting, and carpeting interior hallways. “There’s always a large project going on at the towers,” says Scioli.

The condominium complex has maintained its viability amidst a changing housing market by keeping one step ahead with maintenance and upkeep. Efforts to sustain and bolster its capital reserves over the years have been consistently successful, with much of the credit going toward the experience, expertise, and financial decision-making of the board.

“Some people on our board have engineering or technical backgrounds, and there are a wide range of ages. I have young board members and some older board members,” Scioli says. “This a good board.”

Society Hill Towers will be one of the host communities of CAI’s 2022 High-Rise Managers Workshop in early March. Attendees will experience community tours, innovative education sessions specific to high-rise management, and opportunities to network with colleagues from around the country.