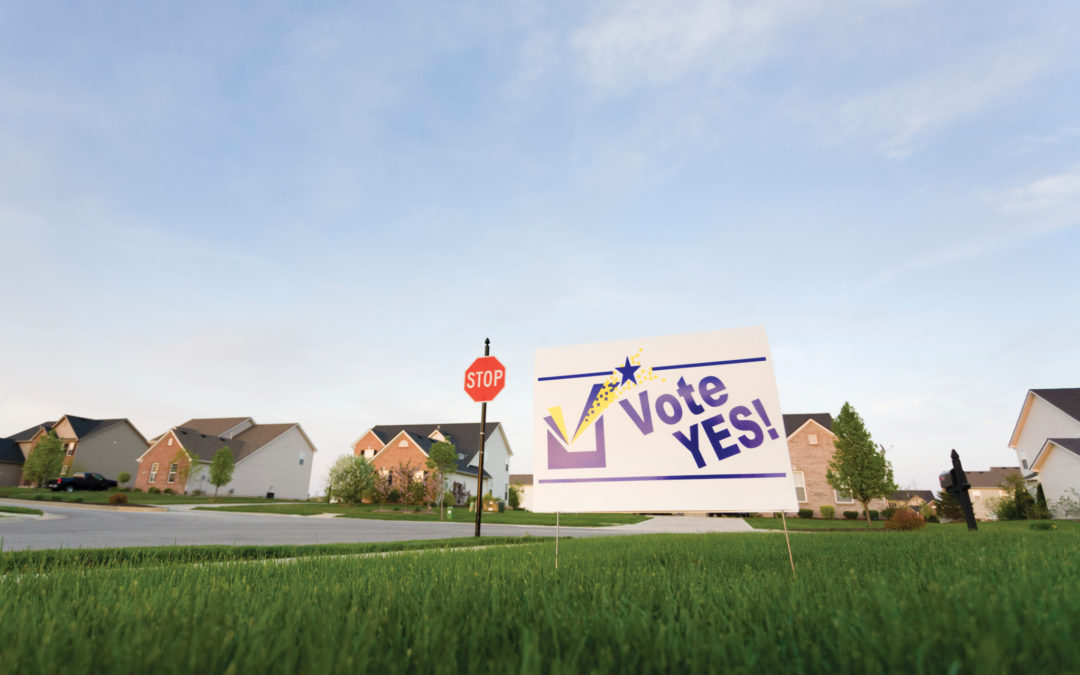 The 2018 midterm elections are less than two weeks away, which means, of course, campaign signs are popping up like dandelions in yards and along roads.

These signs become a particular pain point for community associations every election season. Without fail, some communities end up on the evening news or in the local newspaper for attempting to enforce their covenants on signs.

We asked James A. Gustino, a community association attorney in Winter Garden, Fla., to provide some guidance on the subject. What should associations do about the signs? This is what he had to say:

Strict enforcement of association sign prohibitions, particularly as they relate to political signs on an owner’s property during the election season, is almost always unwise.

Check your state’s highest court rulings and the specific “freedom of speech” verbiage in your state’s constitution. Most federal and state courts currently don’t protect political signs from association enforcement. However, the New Jersey Supreme Court issued a pair of decisions in 2012 and 2014 protecting political speech. These opinions could influence other state courts considering similar legal issues in the future.

Covenants restricting signs often incorporate exceptions for security, developer, “for sale” and other board-approved signs. Under such circumstances, an association actively enforcing bans against political signs is unnecessarily exposing itself to charges of selective or arbitrary enforcement. When a ban on signs is universal but an association permits residents’ holiday decorations—another kind of speech—it also exposes itself to claims of selective or arbitrary enforcement. This nuance is often overlooked.

Practically speaking, political signs usually are posted for just a few weeks. By the time the typical association cycles through its standard three noncompliance notifications, the signs will likely have been removed.

Lastly, political beliefs and affiliations—like religious beliefs—tend to produce strong feelings that lead to costly and time-consuming litigation. Even if litigation isn’t the end result, is it sensible to pursue actions that invite unnecessary friction?

I recommend that my clients permit political signs but enact reasonable time, place, and manner restrictions. For example:

I also advocate involving community members to help craft the association’s specific restrictions and then prominently posting (via email blasts, special notices on your website and at entry signs) the rules to encourage compliance.