Spreading joy: How associations are lifting community spirit in the pandemic 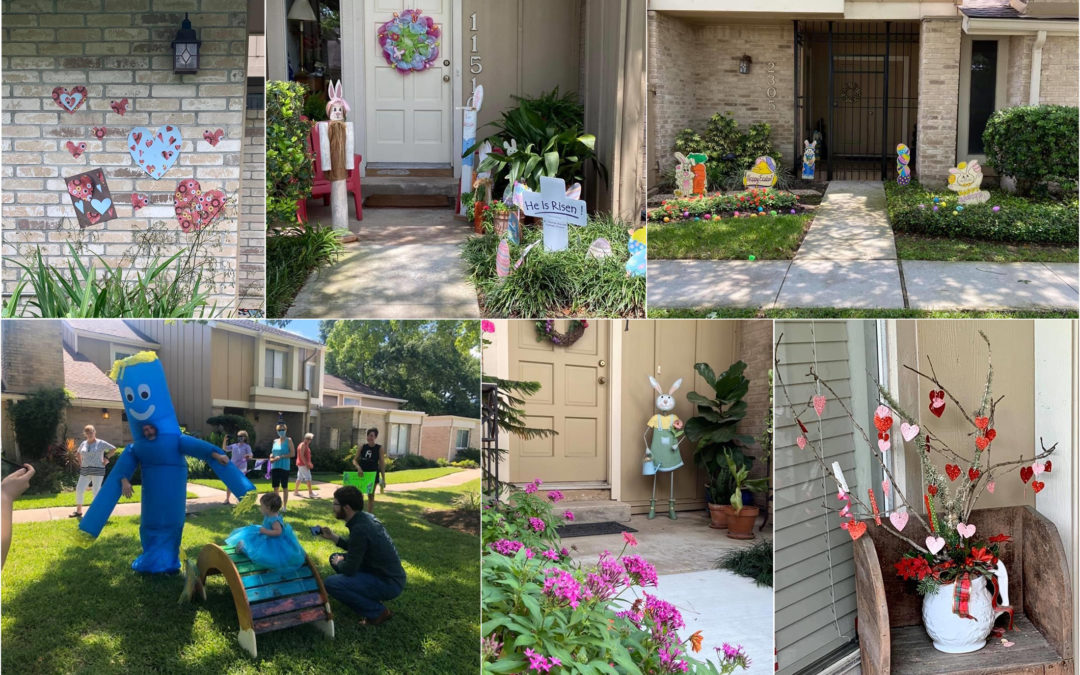 Despite the uncertainty caused by the COVID-19 pandemic, outreach has increased in community associations across the U.S., even as neighbors maintain physical distance from each other. Many have stepped up to develop innovative ways to raise community spirit, including virtual activities and socially distanced events.

Having to keep apart made get-togethers look a bit different at WindyBush Homeowners Association in Langhorne, Pa., but neighbors have enjoyed each other’s company just the same.

“Being a community where the majority of residents have grown up with one another, there are a lot of close friendships,” observes Audrey Harris, board secretary of the 140-townhome community. Harris says residents at WindyBush are mostly older adults, many who have lived there since it was built in the mid-1980s.

It was from one of those close friendships where the idea of organizing socially distanced happy hours was formed. Residents were encouraged to gather on their front lawns with their favorite alcoholic or nonalcoholic drink and interact with neighbors while keeping at least 6 feet apart, says Harris.

The first event had a high turnout, and it was an opportunity for a woman who had recently moved into the community to introduce herself to her new neighbors. “She really got a feel for the neighborhood and met people that she otherwise would not have met until the annual meeting in September,” Harris notes.

In addition to the happy hours, she says that neighbors have been engaging with each other more frequently than they had before the COVID-19 pandemic. “Some of the smaller groups have added neighbors whom they may not have spoken to each day,” she adds. “It’s definitely encouraged more ​of a community spirit.”

In late March, some residents at Village Place Townhomes in Houston (featured in photo collage above) began placing heart-shaped papers on their windows, front doors, and hanging baskets to show support to everyone in the community.

One resident took photos and posted them on the association’s Facebook page. “That made more people put up hearts and start posting them (online),” says Sandra Berry, a board member at the 229-townhome community. This sparked the idea of a neighborhood-wide scavenger hunt for parents and their children while out on walks.

It’s been one of the ways that the association’s residents have built community spirit during the pandemic. Berry says residents have been helping each other with grocery runs, and one homeowner sewed more than 700 face masks to provide to neighbors. They also didn’t let the lack of a proper Easter celebration in the spring keep them from putting up decorations in their homes.

A resident whose daughter turned 1 year old in early May had a birthday parade. “She loves people and she loves dogs … so (her mother) put her in a princess dress and sat outside with her, and everyone paraded around with their dogs. Some wore Halloween costumes,” says Berry.

She notes that before COVID-19, most people in the community kept to themselves. She is happy to see the increased togetherness, and “very proud of the spirit that our community is putting forth.”

>>Read more about how community associations are engaging and supporting residents in “A Good Cause,” from the July/August 2020 issue of Common Ground™ magazine.